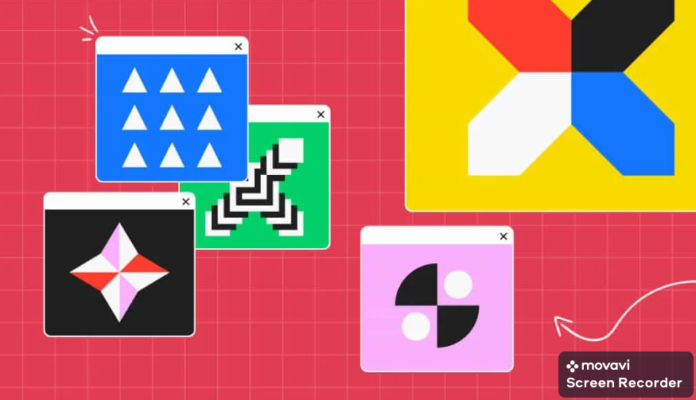 A logo is not just a symbol of a company, its business, or any institution but ultimately becomes a brand’s core identity. People start recalling the value of a brand when they see its logo. How well a logo conveys its message will depend on many styles and trends. Therefore, the design concept & style become crucial to creating an impact of the logo.

Flat and semi-flat logo designs are the most popular trends amongst graphic designers.  The flat design trend is rooted in the 20th-century style of Bauhaus and Modernism, with both of them emphasising the idea of simplicity. They believed that simple design could be impressive and prioritised maximum use of space. Also, they favoured a high-contrast style, which was just against the previous design style of excess use of colours and depth.

In the 21st century, these ideas became even more dominant when smartphones brought about a digital transformation. The flat trend was inevitable since designers had to create simple logos and icons that could fit into a tiny screen of mobile phones. That’s why you should create simple illustrations for small screens.

Small screens started having higher resolutions early on, and screen sizes also increased. Designers thought of adding more elements to the design, such as semi-flat designs. But the primary feature of simplicity remains intact.

What is a flat logo design?

A flat logo design has no fancy elements and dimensions, such as shadows and 3-D effects, making it appear flat. The intention is to create a design with minimum use of the elements.

You can identify a flat logo at a glance as it is a simple use of not-so-bright colors, and there are no shadows. Most brand logo designs appear flat and simple today.

So, a vital feature of the flat design is that it sends its core message directly to the viewers without fancy elements. An excellent example of a flat design is an app icon sitting on your mobile phone screen. Another example could be a shopping cart icon.

So, a flat business logo design never has a lot of fine details and, instead, attempts to be more realistic. But despite being flat, it conveys a complex message.

Most companies have flat logos these days for a reason. This design trend is not simply a reaction to the previous styles of incorporating many elements. Instead, the flat trend was the need of the hour to convey a message simply.

A logo redesign is a minimalist style of design, which is best suited to create designs for confined spaces such as mobile screens.

The flat trend gave a simple appearance to designs to convey messages instantly without stressing viewers. So, brands that need to engage the audience quickly opt for flat logos.

A flat logo looks unique and impressive because it is a trend away from cluttered designs with many conventional elements—people like flat designs for their clutter-free and modern look.

Tips for creating a flat design

The basic and foremost principle of flat design is simplicity. So, all of your logo design concepts must be centred around the simplicity of design.

You will not go into a lot of details while illustrating an idea. Instead, you can use solid vivid colours.

Also, use sans-serif typography that provides a clean design, which is vital for a simple design. Keep the text as concise as you can and to the point.

Make sure that your flat logo design is a cohesive visual.

What is a semi-flat logo design?

Semi-flat logo design is an evolutionary step and, therefore, flat 2.0. It is an illustration in 2D and comes and has a touch of realism. So, a semi-flat design can have a shadow, colour shade, or background to create an illusion of depth.

We can say that a semi-flat logo design is neither fully flat nor a 3D design and is somewhere in between.

Why are designers switching to semi-flat logos?

The flat logos trend started because designers needed something flat and suitable to design complex messages. This gave rise to semi-flat designs and semi-flat logos designs. While the Apple logo is flat and cool, the coolness does not work if you need to convey a serious message.

Flat design has some usability issues since there are no visual clues. Users cannot find out the depth of a message as there is so much emphasis on vibrant colors. As a result, the subtlety of the message is somehow lost.

A disadvantage of flat design is that the designer has to reduce the information to the bare minimum. The design itself limits, as there is no extra element to express some depth of a message. Besides logos, the flat designs gave no clues to the users about where to click or scroll.

Semi-flat designs, including logos, enhanced users’ and viewers’ interest in the image. That matters a lot regarding viewers’ engagement and the business behind the symbol. So, semi-flat logos can achieve a similar effect to flat designs without compromising on the simplicity, subtleties, and other special touches of the flat trend.

Most flat logos depended on typography. So, if a font does not work well for a logo, it has a negative impact on the viewers. Most importantly, it is difficult to distinguish a logo from the others if they are flat designs with no additional elements to stand out.

Considering these factors, the designers steadily shift from flat logos to semi-flat logos by adding shadows.

Consider these tips to create a semi-flat logo design.

If you are thinking of designing a semi-flat logo for your brand or want to redesign an old flat logo into a semi-flat one, then here is what you need to follow:

Do not exaggerate the design.

While semi-flat logos are all about adding extra elements, do not add too many elements. It is, after all, a version of flat design, so the minimalist principles of flat design still apply.

Therefore, your semi-flat custom logo should keep the simplicity of typography, monochromatic colours, and open spaces. But, instead of restricting to primary colours, you can use bright and vibrant colours with shades and tints. The intention should be to Design Awesome Flyers eye-catching and memorable.

To make it a semi-flat logo, add something that gives the illusion of depth. You can incorporate inner or outer shadows that look subtle. You give your logo a 3D feel with a shadow that still looks flat.

So, flat and semi-flat logo designs are popular trends today when creating the core brand identities of different companies. Both designs are helpful depending on your company’s message. If your message is complex, use the semi-flat logo with some depth.

Flat logo design is about creating a simple logo that can convey a simple message without additional elements. But it has its disadvantages, such as a lack of creativity and ability to design complexities of the message. On the other hand, the semi-flat logo style features a flat design but adds shadow and other subtle elements when targeting an audience with complex messages. 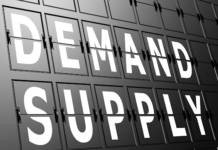 What is the Demand Planning Process? 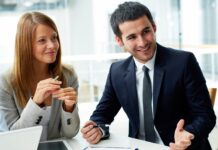 How to make a remarkable impression on the clients? 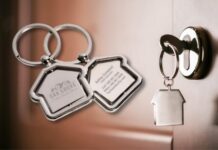 The Complete Guide to Acrylic Keychains and Their Benefits for Business