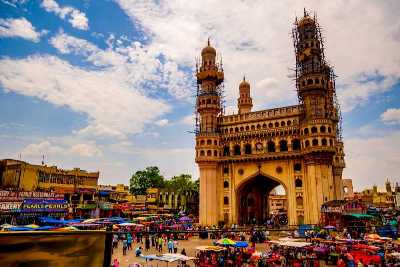 The biggest capital of the Indian states of Telangana and Andhra Pradesh is Hyderabad. In the north of the city center, near constructed lakes like the Hussain Sagar lake, which predates the city’s establishment, Hyderabad is built on a mountainous landscape with the pincodes of various places in Hyderabad.

The newly created Andhra Pradesh’s capital is now known as Hyderabad. After Andhra Pradesh and Telangana split apart in 2014, Hyderabad became the joint capital of the two states; this transitional arrangement is scheduled to end in 2024. Since 1956, the city has functioned as the Indian President’s winter office.

Charminar, which had been constructed in 1591 AD, is the lifeblood of the people of Hyderabad. Muhammad Quli Qutb Shah, the fifth emperor of the Qutb Shahi dynasty, constructed the city’s landmark. The impressive Charminar monument and mosque honor the contribution of Muslim Turkomans to India.

Golconda Fort is located in the western section of Hyderabad, approximately 9 kilometers from Hussain Sagar Lake. The outer fort is 4.8 kilometers long and occupies three square kilometers. It was initially known as Mankal when it was founded on a hilltop around the year 1143. Under the rule of Rajah of Warangal, it was once a mud fort.

In a southwest direction, the ancient Mecca Masjid is located near Charminar. Sultan Muhammad Qutb Shah began building this mosque in 1614, and Aurangzeb finished it off in 1693. It is the most significant and largest mosque in the city and is constructed from local granite. It is one of India’s biggest mosques. The tombs of every Nizam dating back to 1803 are shown in the arched gallery.

One of the top tourist destinations in Hyderabad is Hussain Sagar, which is about 2 kilometers from the city center. Secunderabad and Hyderabad are two areas of the city connected by the lake.

Hussain Sagar, the biggest man-made lake in Asia, was created in 1562 AD during Ibrahim Quli Qutub Shah’s rule. The lake, which is named after Hussain Shah Wali, was constructed on a part of the River Musi.

Durgam Cheruvu is one of the most well-known tourist hotspots in Hyderabad and is located not far from the Hi-tech City. The lake, which offers stunning natural beauty, is often referred to as the “Secret Lake.” This could be as a result of the granite rocks that surround it concealing it. The 63 acres of land covered by the granite formations that surround the lake are said to be 2500 million years old.

The Tahniyat Mahal, where large receptions were held, is filled with antique furnishings from the sixth and seventh Nizams’ reigns. As the half-hour approaches on an English bracket clock, the glassy-eyed stuffed tiger will draw attention to it. A scenario is playing out on the clock face, same as at Salar Jung. A caliph with a turban breathes on a hookah while keeping the time with his bobbing head. Every hour, a curtain lifts, a toy band enters, plays a song, and then the timekeeper from the top deck steps out to gong the hour.

Telangana’s state capital is Hyderabad (separated from Andhra Pradesh on 2 June 2014). N. T. Rama Rao presided as Andhra Pradesh’s chief minister from 1983 until 1989. He spent a lot of money erecting sculptures of individuals from the area’s political and religious history throughout his reign. He observed the Statue of Liberty while in New York and was impressed by the restoration work.”I hope I could visit that magnificent region,” he said. Gautama Buddha was chosen by Rama Rao to be portrayed because “He was a humanist who always gave the people the complete story. People are proud of it.

The epidemic inspired galleries all over India to improve the online experience for perusing and purchasing art. Some of them made website upgrades to support virtual displays. The Kalakriti art gallery in Hyderabad is taking things a step further by merging aspects of virtual reality (VR), augmented reality (AR), and artificial intelligence to provide art enthusiasts with a “phygital” (physical and digital) experience (AI).

The oldest and most well-known mosque in Hyderabad, Telangana State, India, is called Ama Masjid.

Hyderabad is one of the few cities that has successfully maintained its cultural legacy. The elderly inhabitants of the city experience nostalgia when visiting this ancient city.

The structures—buildings, monuments, mosques, and temples—all reflect the rich past that gave rise to their creation. The Jama Masjid, one of Hyderabad’s largest and most historic mosques, is the best destination to visit if you want to learn more about Islam.

The State Gallery of Fine Arts, which boasts a stunning design, often conducts exhibits and presentations that feature works by current, emerging, and young artists.

Visit the State Gallery of Fine Arts in Jubilee Hills, Hyderabad, whether you are an art enthusiast or even just a beginner. 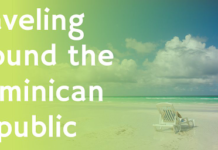 Traveling Around the Dominican Republic 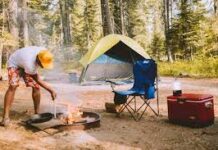 What To Pack For Your First Camping Trip 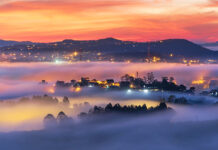