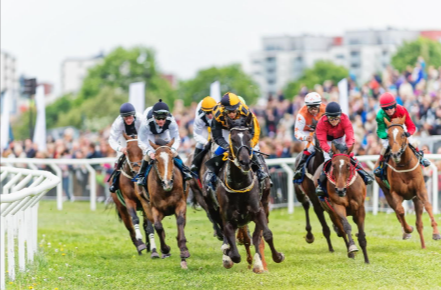 It’s certainly an exciting time to be a horse racing fan. With the jumps season coming to an end, attention is now turned towards flat racing, and based on last year’s action alone, there is plenty of entertainment on offer due to the unpredictability of the big Group One races. The action gets underway with two of the five British Classics at Newmarket — The 1,000 and 2,000 Guineas.

A race that has been going for over 200 years now, Rowley Mile is host to the one-mile encounter, and while the 1,000 Guineas has provided some memorable races over the years, it has been dominated by Aidan O’Brien, who has won three of the last four instalments of the race which is exclusively for three-year-old fillies. The 2,000 Guineas Stakes is a much more open affair and is harder to call on sites like Betdaq. You only need to look at the considerable talent on this year’s race card, which includes the likes of Coroebus and Native Trail to know that another interesting instalment is on the cards.

It can be hard to pick a winner when it comes to all of the Classics, and rest assured, when the Oaks rolls around, the Betdaq horse racing tips will be just as challenging. A good start to the season can lead to a horse’s success throughout the entire campaign but it’s certainly not an easy race to win. Read on, as we look at some of the previous winners of Newmarket’s 2,000 Guineas.

The most recent edition of the 2,000 Guineas saw Poetic Flare see off Master Of The Seas and overachiever Lucky Vega to secure a win for Jim Bolger. It set up a great run of form the three-year-old who showed consistency throughout the rest of the season, winning at Ascot in the St James’s Palace Stakes and coming second in his other three races. But this was all about Newmarket, and a proud Bolger heaped on the praise for his champion.

“I thought he was beaten! It’s a big day for us, right up there with the best we’ve had,” he said. “He wasn’t ready for the Dewhurst last year. I thought he was a little bit fitter than he was and I was hoping he’d run a big race and get the experience of running at that level. He ran out of wind about a furlong and a half down, but we were very pleased in the run and didn’t lose faith in him.

Looking back at it, 2020 was such a strange year for flat racing due to the coronavirus pandemic. When that year’s trip to Newmarket was initially postponed when the country was in lockdown, few expected for the race to actually take place, but eventually a rescheduled June Guineas was won by Andrew Balding-trained Kameko. It was the first glimpse of Oisin Murphy, who beat Frankie Dettori aboard favourite Pinatubo for his first Classics victory.

Murphy was full of emotion at the end of the race, saying: “I’ve never won a Classic in Britain and it means the absolute world to me. It’s the stuff of dreams.

“It was a gutsy performance. He hardly blew a candle out afterwards – he must have a tremendous amount of ability.”

2019 – Magna GreciaThe race is often a tale of firsts and it was Aidan and Donnacha O’Brien who picked up a first Classic with Magna Grecia in the 2019 edition of the race. It was a dominant display that was redolent of their performance in the 1,000 Guineas, with Magna Grecia closing out the victory in the final two furlongs. Watch Your Favorite Movies Online for Free Today in 2022