According to the 2021 Global Drug Survey, one-fourth of those who used psychedelics in the past 12 months were micro-dosers. Although brands are beginning to cater to micro-dosers, there are still obstacles to consider. This includes regulatory barriers and ensuring that those who consume these substances do so safely and ethically.

Microdosing involves ingesting a minimal amount of popular hallucinogens. Proponents of microdosing believe that the practice is beneficial to the mind, and recent research has begun to investigate this possibility.

Microdosing is a relatively new trend that involves taking minimal doses of popular psychedelic hallucinogens and other drugs.

Importantly, this dose of the psychedelic is insufficient to induce a “trip” or the hallucinations commonly associated with these substances.

According to a study published in the Journal of Psychopharmacology, A microdose is a drug dose that is only 1 percent of the active dose.

However, the more common term for microdosing is a small fraction of a “normal dose,” which lacks a defined numerical value and is thus somewhat imprecise. As a result, the commonly accepted definition is a small dose that does not cause intoxication or a significant change in consciousness.

According to anecdotal evidence, people tend to take a small dose initially, followed by regular or semi-regular dosing for an extended period. The duration of use varies from individual to individual.

Why Do People Shroom Microdose?

Microdosing differs from the typical use of psychedelic or hallucinogenic substances in terms of intent. Numerous individuals use psychedelics in high doses for self-exploration, recreation, or spiritual reasons. Microdosers, on the other hand, typically take these doses to enhance their well-being or emotional or mental state.

Many individuals do not experience the same effects as they would during a psychedelic trip at these low levels. Many claims that the sensation is unrelated to psychedelic experiences.

Advocates of microdosing mushrooms assert that taking these psychedelics in small, measured doses benefits the mind, allowing individuals to think more clearly or feel more open throughout the day.

Lysergic acid diethylamide (LSD) and psilocybin mushrooms are the most popular psychedelics for microdosing (magic mushrooms).

Others may disagree with microdose with other psychedelics, such as N, N-dimethyltryptamine (DMT) or peyote, although these substances appear less popular and may be more challenging to obtain.

Additional substances that can be mushroom microdosed include:

Nonetheless, LSD and psilocybin are the most prevalent and well-researched hallucinogens.

Another issue is that self-reporting has been utilized in most studies to date. Frequently, this method involves questioning individuals who have microdosed or are already interested in the topic. As a result, there may be some bias in these studies, as participants may anticipate a positive experience while microdosing.

Microdosing is not yet supported by sufficient evidence, including comparative research with placebos.

People also mentioned the ability to control the dose and the general lack of side effects as advantages and enjoyments of microdosing.

What are the risks?

Microdosing is not appropriate for everyone. Many people who try it may find the results unpleasant. Some individuals may be sensitive to the compounds found in popular hallucinogens. Others who have used microdosing have reported the following side effects:

Some people who have underlying mental health issues may want to avoid microdosing. These individuals may include those suffering from anxiety disorders, who may find that the practice exacerbates their anxiety and neurotic traits.

Microdosing should be avoided by people who have a history of psychotic disorders such as bipolar disorder, schizophrenia, or other disorders because it can be overstimulating.

Furthermore, the majority of the substances that people microdose are illegal.

For example, hallucinogens such as LSD and peyote are Schedule 1 drugs, which means they have “no currently accepted medical use and a high potential for abuse,” according to the Drug Enforcement Administration (DEA).

While many may object to this scheduling, the fact remains that these substances are generally illegal to possess or consume. This fact raises the risk of microdosing to a new level.

Microdoses may be detectable by drug tests that look for these substances.

Microdosing typically entails taking a tiny amount of traditional hallucinogens, such as LSD or psilocybin mushrooms. These low doses have no discernible effects on consciousness or sensations.

Proponents claim that the practice improves mental health, reduces anxiety, and may even help a person stay focused or creative throughout the day.

However, there hasn’t been much formal research into this practice yet, partly because most substances that people microdose are illegal and challenging to study.

Microdosing is not for everyone, and people with mental health disorders or symptoms should not use it to replace any treatment. 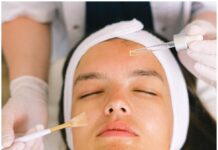 Get flawless skin with Hydrafacial near me 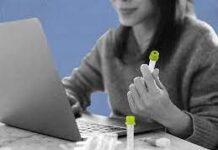 Cause of death explored. How did Joseph Kapacziewski die?

What is Dr Anca Faur Net Worth? What She Does For...

Check Who Is In the Cast for New Season?Fauda Season 4...