London is renowned as being one of the most expensive cities in the world, which can deter people from visiting. So often, people are deterred from visiting the Big Smoke, as they simply believe they can’t afford it. Despite this, to see London is a cultural experience that can’t be matched, meaning you shouldn’t let expenses stand in the way of being one of your top holiday destinations. While some could quite easily spend a million pounds a day in London, others could comfortably spend no more than £10 a day. As long as you know the top tips and tricks, you can easily have an affordable break away in London.

Firstly, London is big. You won’t likely be able to walk to every place you want to see, but the buses, tubes, water taxis, and cable cars are very affordable. This is typically the cheapest way to travel for a party of one or two, but if you’re travelling in a larger group, an Uber, Bolt, or Kapten could be the more affordable option. Just make sure you do your research before your journey, as these private hire car companies will hike up their prices during busy periods. Black cabs run on meters, so you’ll always find that they cost more than public transport or private hire cars.

Hotels are probably the most expensive element of visiting London, with the average cost of a hotel room in central London exceeding £200. Despite this, there are ways to avoid paying these extortionate prices. For instance, if you’re visiting in a larger group, you might consider booking an apartment for your stay. Alternatively, if you’re going for a hotel, be sure to book in advance and hunt for the best deals. Some of the cheapest hotel chains include Travelodge, Ibis Budget, and easyHotel; booking directly via their site rather than using a third-party site will allow you to save even further.

London is one of the most diverse cities in the world when it comes to cuisine due to the multicultural population. If you want to experience a cultural flavour experience at an affordable price, head over to Brick Lane in East London. Being close to Shoreditch Highstreet Overground Station and Aldgate East Underground Station, it’s easy to make your way to Brick Lane. The beauty of Brick Lane is that you might be able to barter for some deals and the same can’t be said for most London restaurants. The London cuisine scene knows that tourists are keen to try fish and chips in the UK, meaning fish and chips are always expensive in the Big Smoke.

A day out in London doesn’t have to comprise of fancy lunches or expensive day trips. Instead, you could visit one of the many museums of London that don’t cost a penny to enter. Similarly, the biggest tourist attractions such as Madame Tussauds, the London Dungeons, and the Aquarium often have some sort of two for one deal going. What’s more you can simply walk around London and never be bored. Keeping yourself entertained in London is probably one of the easiest tasks you’ll have.

London follows in the footsteps of New York City as one of the cities that never sleeps. Despite this, visiting big London nightclubs isn’t going to save you money; you’re likely to pay an entry fee of £30 and have to pay for £15 drinks on top of that. Thankfully, the London nightlife scene is so diverse that you don’t need to rely on these huge commercial nightclubs. 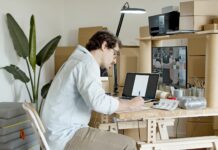 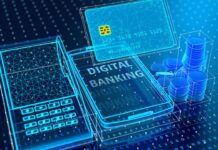 Know the Multiple Advantages of Digital Banking in India 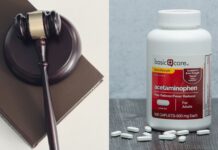 How Much Money You Can Recover in a Tylenol Autism Lawsuit