This is a difficult time for luxury brands to build their reputations. A rapidly changing global economy and the rapid emergence of digital technology have revolutionised this industry in a short period of time. People’s perceptions of what constitutes luxury are shifting.

When it comes to this new perspective, social awareness may be most crucial. Putting a luxury brand next to images of environmental degradation, civil instability, or refugee problems can quickly make it appear ‘vulgar’ to social media users.

Is there anything that a brand can do in this new environment? So, should they take a chance with their daring and ambitious move, or should they hold their tongue and adhere to their media strategy? It’s also possible that they moderate their approach, opting instead for a more subdued style and feel that will not be tainted by the controversy. In this article, we’ll go through some of the more common ones and offer advice on how to make yourself stand apart.

A new breed of affluent consumers is emerging:

Luxury companies may be concerned about concerns of taste and decorum, but the industry as a whole does not appear to be in danger. The wealthy class’s real-terms expansion alleviates these challenges of context. Those who can afford the best things in life have more money to spend than ever before.

It’s also a great time for established brands to expand their market share and for luxury startups to break into the market and attract a younger, more tech-savvy customer base.

However, today’s consumers are very different from those of even a decade ago. In today’s world, luxury is far more about gratifying ambitions and building emotional ties with customers. It’s not a lack of taste or subtlety that’s the problem.

How things may go awry:

Celebrities are frequently the ones that flout the standards of wealth and image, ironically. This was demonstrated most recently by the gaffes made by Bayern Munich footballer Frank Ribery when dining at the Dubai restaurant of celebrity chef Salt Bae.

A £1,000 gold-encrusted steak sliced up by the famed chef was videotaped by him, and he was penalised by his club for reacting violently to criticism. Before posing with Salt Bae, the 35-year-old former French international was seen sprinkling salt on the 400g golden tomahawk steak. His showy purchase was mocked online, with one comment stating: “Pay 1,000 EUR, and then upload a video of the result. What an amazing place we live in.” That’s like adding salt to an already-open sore.

This kind of gaucheness doesn’t go over well in a time when the world’s media is bombarded with humanitarian crises. Many people believe that businesses and brands should be leaders in taste and correctness when it comes to attracting new customers.

The creative director of ikon, Alex Colley, has worked with a number of high-end brands. “As a person, I’ve never felt at ease with outward shows of money or luxury. Particularly when it comes to the clothing lines I favour. When it comes to Louis Vuitton, flashing the brand’s logo is an important element of the experience for many customers. In contrast, for me, luxury is a subtle and enigmatic quality that cannot be defined. You’ll have the same kind of mystique working with us at ikon as you have with other companies.

Branding and inclusion in the luxury goods industry:

It’s possible that the period of exclusion is coming to an end, given how we increasingly consume media across various channels and platforms. If brands don’t keep up with today’s highly informed consumers, they risk losing out on potential customers for years to come. This is the next generation of wealthy and powerful people who can afford and advocate for luxury goods.

“Brand tradition and history now rank sixth to outstanding quality, superior customer service, superior design, superior craftsmanship, and exclusive items,” says NJ Goldston in Entrepreneur magazine. In order to appeal to a generation with the smallest attention span in history, brands that can do so must nevertheless draw on their legacy.

Not unexpectedly, the luxury market doesn’t seem to be dominated by the wealthiest people in the world. Instagram and other online platforms are being used by wealthy millennials to re-define it. This new generation is reshaping the luxury sector, according to an article in Business Insider. Millennials with vast pockets are questioning the traditional definition of luxury, choosing to spend on experiences rather than luxury goods. However, unlike the rest of their age, they pay extra to enhance the brand experience with VIP services and customisations.

Those looking for something memorable and distinct have a need for the unknown, and as a result, they are venturing to markets where none of their peers have ever ventured. — Marriott International’s Jenni Benzaquen, vice president of luxury brands in Europe.

Marketers are scrambling to get a handle on these radical new trends since this is uncharted territory.

Recognizing the requirements of the high-end market:

As a result, it should come as no surprise that knowing your intended audience inside and out is essential. You may need the help of a luxury branding firm to get to this point, but it’s a crucial aspect of any company’s overall strategy. Luxury firms need to grasp this concept even more than before, because the industry is shifting away from actual goods and toward more ephemeral experiences, aspirations, and representations of personality in general.

What is it that motivates folks like this? For example, where they live, what their interests are, how they use their free time – yeah, time is a luxury in today’s fast-paced society. However, the most critical question is: What are the members in this group’s emotional needs?

A customer can be pulled into a premium brand’s influence through a variety of channels, as we’ll see later. Personalization has become the ultimate luxury for many organisations, as it is for many consumers.

A new era of individuality:

Their top objective is to ensure that our consumers have a pleasant shopping experience and that they can do it easily. For a musician preparing to go on stage, we’ve driven across the country and taken a plane. To find previously unseen works, we went straight to the most sought-after designers in the world. For a client who needed a custom piece of jewellery for an event that night, we had to fly across the world to provide it to them in time. To be honest, there isn’t much we won’t do for our customers, and that won’t change in 2019.

It doesn’t matter if your company caters to the rich and famous or not; there are lessons to be learned here for any industry. That deep level of personal attention is what keeps consumers coming back for more, and they need to know they can expect it again.

Alex Colley has worked with this level of service before and is comfortable with it. This unique service, provided by our Creative Director, is one of ikon’s distinguishing features. As a result of our ability to concentrate on only a small number of clients at a time, you can count on receiving excellent service and results from a highly skilled team.”

In the premium market, there is no tolerance for complacency. Brands can lose customers in an instant if demands aren’t satisfied, and there’s no shortage of competition willing to go the additional mile for them.

So, why is it that high-end firms are choosing a more minimalist logo?

Brands in the luxury market have recently been accused by their peers of blandness due to a current trend in design for simplified logos and watered-down images.

It’s possible to make the remark that premium brand logos are starting to resemble one another. Practical considerations dictate this course of action. Rebranding may be expensive for global brands, making it a decision businesses don’t take lightly. Once they do, they need to make sure that they don’t have to rebrand in the near future.

Another reason is that a logo has to adapt to a wider range of formats and sizes in order to look well on every digital device and in print, from an iPhone to a billboard-sized billboard. Because of this, it is now possible to create logos that not only change size and space to fit the context, but also remain instantly recognisable in every setting.

As Alex Coley is aware, the significance of the emblem has diminished with time. Although a logo is crucial, your brand’s expression is more important. Your logo isn’t the only thing that influences a customer’s decision to buy from you. We’ve found that the more flexible a logo is, the more freedom you have in your design work without having to adhere to a particular set of guidelines.”

Rather than just a logo, the answer is to be more comprehensive:

When the new Burberry logo was introduced recently, the design press was, shall we say, disappointed. However, as you delve deeper, it becomes plain how commercially viable the design is, and the development of the pattern monogram and its implementations become much more apparent.

There was more to this new monogram change than simply creating an urban, youthful look. According to Reuters’ Sarah White, it was also a critical financial decision:

“Burberry expects the patterned design to help it boost its performance in high-margin leather items, which comprise approximately 38% of its sales, less than the roughly 60% and 75% at sector champions Gucci and Vuitton. Each of their monograms has evolved over the course of several decades to become instantly recognised.

In the belief that the monogram might be reduced into multiple hues more easily than the camel check, while still being recognised,”

Because of this, Burberry has developed a brand pattern that is adaptable to a variety of contexts, including the digital and physical world. 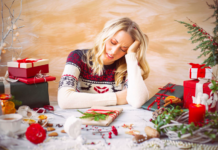 How to Get Through a Stressful Christmas Period at Work 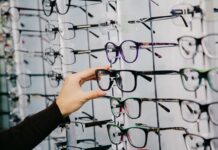 What Are the Tips to Choose the Right Glasses Frames Online? 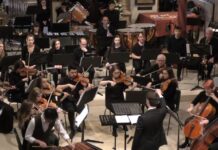 What should I do after completing a music course in London?