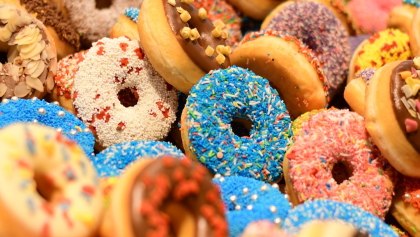 Donuts are a favorite snack among many people. Whether it’s a traffic cop pulling the graveyard shift or a busy office assistant rushing to work in the morning, donuts provide a quick and delicious snack for those on the job. As such, it’s no surprise that numerous donut franchises have emerged throughout the years. For instance, Shipley Do-Nuts is one of the fastest-growing donut franchises. While not the largest (yet), they have been experiencing tremendous growth, bringing in healthy profits. This is in large part due to their tasty donuts, making many customers loyal to the franchise. For Do-Nut shop franchise opportunity, click here.

Donut franchises are part of a multi-billion dollar industry that is set to continue its steady growth as more people consider investing in these lucrative franchises.

Below is a list of the biggest donut franchises;

A franchisee needs capital liquidity of around $250 000. Depending on the exact geographical location, franchise fees may vary. With more than 11 000 stores worldwide, Dunkin is the proverbial juggernaut of donuts!

If you’re looking to invest in a franchise that has several options to choose from, Krispy Kreme is the ideal franchise. They have four options for franchisees, including;

i)The Factory Store: This is the typical franchise store whereby the franchise gets to set up a full donut store with all the necessary equipment.

ii) Tunnel Oven Shop: If you don’t want the extra work of preparing the dough yourself, this option offers you ready-made dough with an oven. You get to bake the donuts, put the icing, and the filling.

iv) Box Shop: A franchisee that wants to receive ready-made donuts from the Krispy Kreme factory without all the other hassles can choose this option.

For an all-around chance at buying this franchise, an investor needs between $200 000 and $2.7 million.

With over 350 locations, this franchise is expanding thanks to all-around transparency rapidly. Their success over the years means they continue to attract investors as customers have continued to love their donuts, coffee, and cinnamon rolls. If you want to buy this franchise, you’ll need a minimum net worth of $600 000 and about $200 000 in liquid capital. Expect to have all the support you need to set up your donut establishment.

While this donut franchise has a full bakery option for aspiring franchisees, many people are drawn to it due to its concession bakeries. Here, the franchisee serves donuts and other confectionaries out of a food truck. This is ideal for franchisees that want to serve donuts at trade shows, exhibitions, and other such public places.

This franchise stands out because of its semi-satellite model. A franchisee can have a permanent location while still owning mobile carts for serving the donuts. Depending on the type of shop to be set up, a new franchisee can expect to fork out between $85 000 and $735 000, not including the initial franchise fee. While the franchise expects the investor to find the site for the new Honey Dew Donuts, they can help with recommending suitable sites.

By now, most people know that building a donut franchise isn’t as easy as it seems. After all, anyone with some basic bakery lessons and access to Youtube videos can bake donuts relatively quickly. However, achieving the success of these donut franchises requires more than that.

A common theme among these big donut franchises is their use of industry experts to help their franchise. Beyond the financial ability to invest in a donut franchise, a franchisee needs the support of the parent company to get a foothold in a particular area. Whether it is helping with a solid marketing strategy or providing tips about how best to position a new franchise as the “neighborhood store,” donut franchises are always looking out for their franchisees. This is one reason they’re so successful. 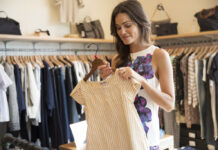 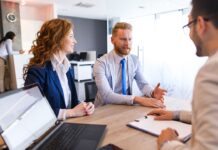 The Benefits of Working with a Mortgage Company: How They Can Help You Save Time and Money 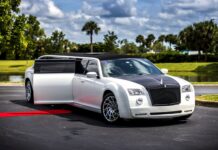 WHY HIRE LIMOUSINE FOR BUSINESS MEETINGS?