There are a few different factors that contribute to the high price of Australian whiskey. First, the cost of production is relatively high due to the small scale of most Australian distilleries. Additionally, the local market for whiskey is still relatively small, so there isn’t the same level of competition that drives down prices in other markets. Finally, the excise taxes on alcohol in Australia are among the highest in the world, which also contributes to the high retail price of Australian whiskey.

The history of Australian whiskey

Whiskey was first introduced to Australia in the early 19th century by British soldiers stationed in the country. The soldiers brought with them a taste for the spirit, and began distilling it from local ingredients.

Australian whiskey quickly gained popularity, and by the mid-19th century there were over 100 distilleries operating in the country. However, the industry was dealt a blow in 1901 when the Australian government introduced a tax on spirits, which made whiskey more expensive to produce.

The industry declined further during the 20th century as global tastes shifted away from whiskey. In recent years, however, there has been a resurgence in interest in Australian whiskey, with many new distilleries opening up across the country.

Today, Australian whiskey is known for its unique flavor profile, which is often described as being fruity and spicy. The spirit is also considered to be among the most expensive whiskies in the world, with some bottles selling for thousands of dollars.

The different types of Australian whiskey

Australian whisky is made from a variety of different grains, including barley, wheat, and rye. The type of grain used in the whisky will affect its flavor profile.

Single grain whiskies are made using 100% unmalted barley or other grains like wheat or rye. The grains are distilled in column stills and aged in oak barrels for at least three years. Single grain whiskies tend to be lighter and smoother than single malt or blended malt whiskies.

The process of making Australian whiskey

The process of making whiskey is a long and complicated one, involving many different steps and a lot of time. Australian whiskey is no different, and the process is actually quite similar to that of Scotch whisky. First, the grain is milled and then mashed, before being fermented with yeast. The wash is then distilled twice in order to create the spirit. Once the spirit has been created, it is then aged in oak barrels for a minimum of three years.

The entire process takes a great deal of time, effort, and knowledge, which is why Australian whiskey is so expensive. With so many steps involved, there are many opportunities for something to go wrong. This means that only the most experienced and skilled distillers are able to produce high-quality Australian whiskey. Additionally, the use of top-quality ingredients and barrels also contributes to the cost of this type of whiskey.

Why is Australian whiskey so expensive?

There are a few reasons for this. First, the Australian whiskey industry is small and still relatively new. This means that there isn’t the same economy of scale as in other, more established whiskey-producing countries. Second, the cost of living in Australia is generally high, which means that the cost of producing whiskey here is also higher than in other places.

Finally, it’s worth noting that Australian whiskeys tend to be of very high quality. In order to produce a top-notch product, distilleries have to invest in better ingredients and put in more care and attention during the production process. All of these factors contribute to making Australian whiskey more expensive than its counterparts from other countries.

While the answer to this question may not be entirely clear, there are a few possible explanations. One reason could be that Australian whiskey is simply in high demand due to its quality and taste. Additionally, the cost of producing whiskey in Australia may be higher than in other countries, which would also contribute to its higher price point. Whatever the reasons may be, it’s safe to say that Australian whiskey is certainly worth the investment. Cheers! 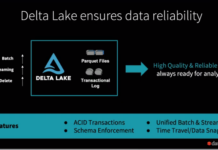 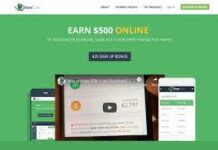 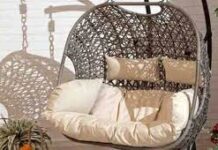