Over the years the Government of India has launched various schemes and programs to address the social and economic welfare of the citizens of this nation. Some of the latest schemes include PM Kisan Samman Nidhi Yojna, Ayushman Sahakar Scheme, Pradhan Mantri Poshan Shakti Nirman and many more.

Talking about the Pradhan Mantri Poshan Shakti Nirman (PM POSHAN) which is a rename of the Mid-day meal (MDM) is a nutritious freshly prepared lunch offered to children in the Indian government and government-aided schools. The scheme was launched after the Supreme Court’s direction on November 28, 2001.

All students enrolled in government schools, local body schools, government-aided schools, special training centres (STC), maktabs, and madrasas supported by the Sarva Shiksha Abhiyan receive one meal every day under the MDM scheme. Every child aged six to fourteen years old who is enrolled in and attending school receives cooked meals. Meals are served to students in Classes I through VIII.

NITI AAYOG is an acronym that stands for NATIONAL INSTITUTE FOR TRANSFORMING INDIA. Its function is to encourage cooperative federalism on a constant basis through structured support programmes and processes with the states, understanding that strong states constitute a strong nation.

Both the Mid-day Scheme and NITI Aayog in UPSC civil services exams are very important topics. The aforementioned scheme and organisation are pivotal initiatives by the Indian Government and are bound to play a vital role in the country’s development process.

Hence, you should read about the Mid-day meals and NITI Aayog in detail as questions can be asked on it both in the UPSC prelims and mains exams.

Let’s discuss the two models through which the Mid-day meal scheme was implemented in India.

This is the most common practise. Meals are prepared on-site by local cooks and helpers or self-help organisations in the decentralised approach. This technique has the advantage of serving local cuisine, creating jobs in the area, and reducing waste. It also enables improved monitoring (e.g., by parents and teachers).

In the absence of proper infrastructure (such as cooking shelters, utensils, and so on), accidents can occur, and hygiene might be difficult to maintain.

In the centralised approach, an outside organisation cooks and delivers meals to schools, typically through public-private partnerships. Centralised kitchens are more common in urban regions, where school density is high and transportation of food is a financially realistic option. Centralised kitchens have the advantage of assuring superior hygiene because large-scale cooking is done through fully automated processes.

The Planning Commission has been succeeded by the NITI Aayog, which has a 65-year history. For a longer time, the Planning Commission’s utility and significance had been questioned. The replacement appears to be more relevant and sensitive to the country’s current economic demands and scenario.

Governing Council: Lt. Governors of Union Territories and Chief Ministers of all states.

Regional Council: In order to address distinct area concerns, Comprised of Chief Ministers and Lieutenant Governors and chaired by the Prime Minister or his nominee.

Ex-Officio membership: The Prime Minister may nominate up to four members of the Union Council of Ministers.

Chief Executive Officer: Appointed by the Prime Minister for a definite term as Secretary to the Government of India.

Special Invitees: Experts and specialists with relevant knowledge who have been nominated by the Prime Minister. 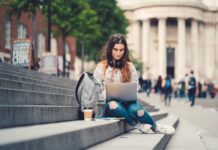 Top 5 Affordable Bible Colleges & Universities In the US

How to Maximize Your Career Potential in Law School 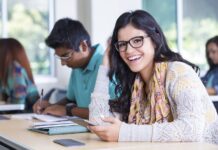 Advantages of studying education in Australia